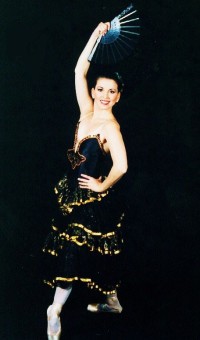 Mrs. Morgan holds a Bachelor of Business Administration from Georgia Southern University.  She served as faculty member and soloist with Ballet South/ Columbia City Ballet from 1996 to 2001.  Her performance achievements include major roles in The Nutcracker, Sleeping Beauty, Coppelia, Les Sylphides, Cinderella, Hansel & Gretel and Dracula.

She has participated in the Safe Haven Women’s Shelter fundraiser Dancing with the Statesboro Stars, as well as Georgia Southern University’s Festival of Trees; a fundraiser that provides Christmas gifts to needy families. In 2017, Shay was honored with a Deen Day Smith Service to Mankind Award for her work in the Statesboro community. Mrs. Morgan resides in Statesboro with her husband, Clint, and two sons, Rand and Rhett.

Mandy is the Marketing Director for Statesboro School of Dance. She is owner of locally-owned, and award-winning, ME Marketing Services, where she creates successful digital marketing strategies for clients, along with designing websites. Mandy has been happily married for over 18 years and is the mom to two red-headed dancers at Statesboro School of Dance – Allie, who is in the B&B Class; and Eliza, who is in the Green Class. She’s a member of First Baptist Statesboro and is active in Professional Women of Statesboro, the Ibis Foundation, and the Lynda Brannen Williamson Foundation, where she sits on the board for all three. 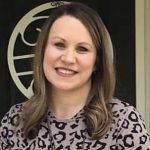 Diana Ray is the backstage director for all of Statesboro School of Dance’s performances. She graduated from Georgia Southern University in 2005 with a Bachelor’ of Science degree in Nursing and is the Clinical Director of the Intensive Care Unit and Progressive Care Unit at East Georgia Regional Medical Center. Diana has been happily married to Justin Ray for 14 years.  They have 3 beautiful children: Elaina, Lucas, and Liam, all of which dance at SSOD.  Diana is a member of Saint Matthews Catholic Church, where she teaches religious education classes for the 8th grade. When it comes to dance, Diana is no stranger to dancing and the stage.  She participated in the Safe Haven Women’s Shelter fundraiser Dancing with the Statesboro Stars in October 2018.  Her dance partner was former SSOD dancer Aaron Carter. After performing a ballet to “Titanic”, they walked away with 1st runner up and Sunday’s People Choice Award Winner! 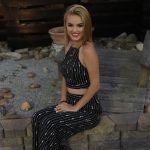 Autumn danced with Mrs. Shay for 14 years and is a freshman at Georgia Southern University, where she is a member of the marching band. She is enjoys spending free time creating works of art and makeup. She is the daughter of Gina and David Winnette and big sister to Maegan and Ethan Thomas. 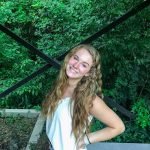 Elle is a freshman at Bulloch Academy, and has been dancing with Mrs. Shay at SSOD for 11 years. She is an active member of the Brooklet United Methodist Church youth group. Elle enjoys spending time with family and friends at the beach. She is the daughter of Josh and Holly Greeson and big sister to Hannah Grace.. 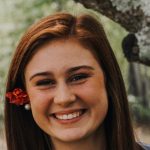 Taylor has been dancing with Mrs. Shay for 10 years and will be assisting with the pink class.  She is a sophomore at Statesboro High School. When she is not at dance, Taylor is an active member of Eastern Heights Baptist Church youth group.  She enjoys spending time with her family and friends.  Taylor is the daughter of Corey and Shannon Hinson, and big sister to Ansley. 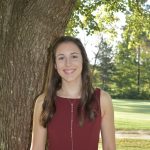 Kate has been dancing with Mrs. Shay for 14 years and this will be her fourth year assisting. She is a senior at Statesboro High School. She attends Pittman Park United Methodist Church where she is an active member of the youth group. She enjoys spending time with her friends and family. Kate is the daughter of Franklin and Beth Lamb, and big sister to Christopher. 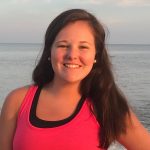 Claire has been dancing with Mrs. Shay for 11 years and will be assisting for her t4th year. She is currently a sophomore at Southeast Bulloch  High School. When Claire is not dancing she enjoys spending time with friends and family. She is also an active member of Friendship Baptist Church youth group and Fellowship of Christian Athletes. Claire is the daughter of Tony and Cyd Pagliarullo, and big sister to Charlotte and Tripp. 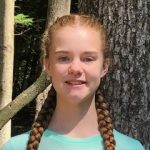 Sara is a freshman at Southeast Bulloch High School, and she is going into her 12th year of dancing. She is Vice President of Builder’s Club, which focuses on community service, and a huddle leader for Fellowship of Christian Athletes.  She enjoys being around her family and friends as well as her cat BoBo and her dog Buck. She also babysits her 5 year old cousin on a regular basis.  Her interests outside of school include drawing, painting and reading. She attends Trinity Presbyterian Church in Statesboro. Sara is the daughter of Don and Melissa Rawlins, and the younger sister of Jacob. 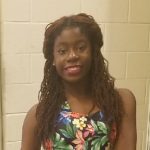 Nyla is a junior at Statesboro High School and has always loved the stage. When she was five she performed with Shades of Art, under direction of Mrs. Yolanda Oliver,  which opened up endless confidence for her. She also danced with Brava Total Praise, under the direction of Lisa Campbell, where she learned praising God through dance was fun. Nyla also danced with The Prancing Stallions, where they competed in majorette dance as she had some ballet and tap practice with Mrs. Shay through the Boys and Girls Club, she went full time with Mrs Shay going on three years now. She loves babysitting and children. Nyla is the daughter of Robert and Jamie Parrish, and Walter Tanksley.  Nyla attends Spirit and Truth Worship Center where she does Praise and Liturgical Dance. 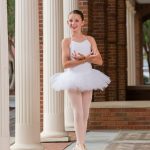 Katherine is a sophomore at Bulloch Academy and in her 13th year of dance at Statesboro School of Dance. At school, Katherine is a member of the Math Team and Y-Club.  She attends First United Methodist Church where is a member of the Youth Group. When not at school or dance, Katherine loves spending time with her friends and going to the beach or to Disney World. The past three summers has seen her attend the Joffrey Ballet Summer Intensive at the University of Georgia twice, and private lessons with William Starrett, the director of the Columbia City Ballet in Columbia, SC. Katherine is the daughter of Austin and Heather Whitlock and the sister of Ansley and Harper.